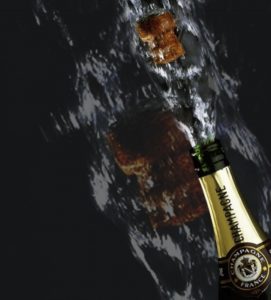 History Cava – the Spanish sparkling wine is produced according to the Champenoise method and must be stored for at least 9 months in the cellar vaults (cavas) in the natural process.

The cava history originated in the Penedés , a suburb of Barcelona, in Catalonia. In the past, this was a traditional red wine region, but one day it was completely destroyed by the phylloxera. At that time, the grape varieties were converted to a white grape. Which then turned out to be excellently suited to produce sparkling wine. At that time, the sparkling wine was still called Xampan or Champan. However, the French recognized the too close connection and demanded in the EU the name change to Cava. Since then, a protected designation of origin has been used.

The cava is a relatively young product and has only been used since the end of the 19th century. Generated. The foundation stone for the Spanish sparkling wine production was laid in 1862 by Antonio Gili, who later also filled the first. More important for the formation of the cava, but later was Josep Ravent’s i Fatjo. He first produced a sparkling wine in 1872 according to the rules of the “method champenoise” on his winery “Can Codornu”, near the town of Penedes. It was not until more than a century later, more precisely in 1986, that the cava was classified as D.O. due to its high quality.

Since then, he’s been in the fast lane! Because cava is not only more lively and therefore more sparkling than some champagne, but also cheaper! And that with the same method of production, insane!

If you want to try a traditional cava, you should get a cava brood, it is the most balanced and also the most popular cava in Spain by the ratio of sugar-dryness. Connoisseurs who prefer the more noble quite dry variant should resort to Brut Nature.

More great information like Cava cocktails, cava bars worldwide, such as the La barra in Cologne, or our Cava of the Month can be found in our blog